Institutions and the reinvention of democracy – from local to global

The IDS 50th anniversary conference ‘States, Markets and Society’ involved a stream of sessions on institutions and the reinvention of democracy that led panellists and participants to grapple with the institutional challenges of development at different scales.

Panel discussions touched on themes including the extent to which institutions are able (or not) to update themselves to be fit for purpose, the actors which influence them most, and to whom they are accountable. As IDS Director Melissa Leach noted, the traditional implicit treatment of ‘developed’ and ‘developing’ countries as existing in two parallel universes has eroded significantly, allowing conference panellists to draw broader and more universal implications of their findings than would otherwise have been the case. For my part I came away from the conference with two overriding questions about efforts to make institutions fit for purpose in the 21st Century.

Who should be ‘leading’ institutions?

One recurring theme of the conference was the acknowledgement that institutions are not free-floating, and are themselves the products of interventions by particular actors. Keynote speaker Mariana Mazzucato emphasised that even institutions which are frequently assumed to be pre-existing, such as markets, are in fact outcomes of interventions, meaning that more attention needs to be given by the actors who have brought this about and who exert decisive influence over them. Meanwhile, Frances Stewart pointed out that nation states are also brought into being and shaped by key actors, and tend to be more pro-poor when they are influenced by social movements. Many panellists emphasised the dangers of ‘capture’ of key institutions by elites: for example, media outlets might be decisively influenced by private sector actors in favour of their interests rather than the right to information of citizens, while wealthy elites are often able to evade or avoid taxes because of their political connections.

However, while there was broad agreement over this, there was less consensus over the types of actors who are more likely to have both the strength and will to ensure that institutions are pro-poor and democratic. Some speakers emphasised the importance of social movements and civil society organisations in holding powerful actors to account, such as tax campaigners in Uganda who collected 4.2 million signatures to pressurise the President into vetoing a law which would have made politicians’ perks tax free. At the same time other presenters pointed out the importance of local level bureaucrats, who can have surprisingly high leeway for defining the role of the state in the provision of healthcare, as is the case in much of rural China according to Lewis Husain, while others emphasised the re-emergence of ‘strongmen’ leaders in the ‘developmental patrimonialism’ of Ethiopia and Rwanda. This raises the question of path dependency, and whether or not particular conditions are likely to facilitate the emergence of some actors but not others, or whether on the other hand there is much more margin for agency than is often assumed.

How are institutions made accountable?

Although transparency and accountability have been buzzwords in development discourse for decades, my perception from the conference was that there is still very little agreement on how they should be achieved in practice. This became clear in the panel on taxation in Sub-Saharan Africa, during which the speakers very carefully laid out the dysfunctionalities of a lot existing taxation systems, such that poor people end up paying large amounts of informal taxes which go unrecorded, while politically connected elites manage to avoid and evade taxes at the other end of the spectrum. Much of the subsequent discussion revolved around ways of improving the transparency of tax systems and ensuring that citizens could see the direct link between their taxes and investment in beneficial services. However, I felt this narrative was overly simplistic and based on an excessively rationalist view of state-society relations. As one questioner pointed out, the UK just voted to leave the EU partly because of the influence of the fundamentally dishonest claim that £350 million would be recouped from the EU each week to be spent on the NHS. Meanwhile, the potentially more explosive revelations of the Panama papers have not had a comparable political impact to date in the UK. This suggests that focusing on transparency of ‘facts’ is not likely to be a decisive driver of political outcomes, because awareness depends fundamentally on the ideological context within which ‘facts’ are interpreted and become part of popular understandings. This suggests the need for a focus on the types of actors who are capable of positively influencing popular narratives.

Rachel Godfrey-Wood is a PhD candidate at IDS. 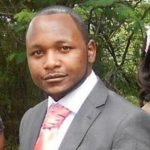