The brutal war that broke out in the Tigray region of Ethiopia, has just entered its twentieth month. It has reportedly killed over 500,000 people and led to the systematic destruction and looting of the region’s vital social and economic infrastructures. The conflict has all but destroyed the agricultural sector, leading to the collapse of the region’s food system. Millions of Tigrayans are now facing human-induced starvation. 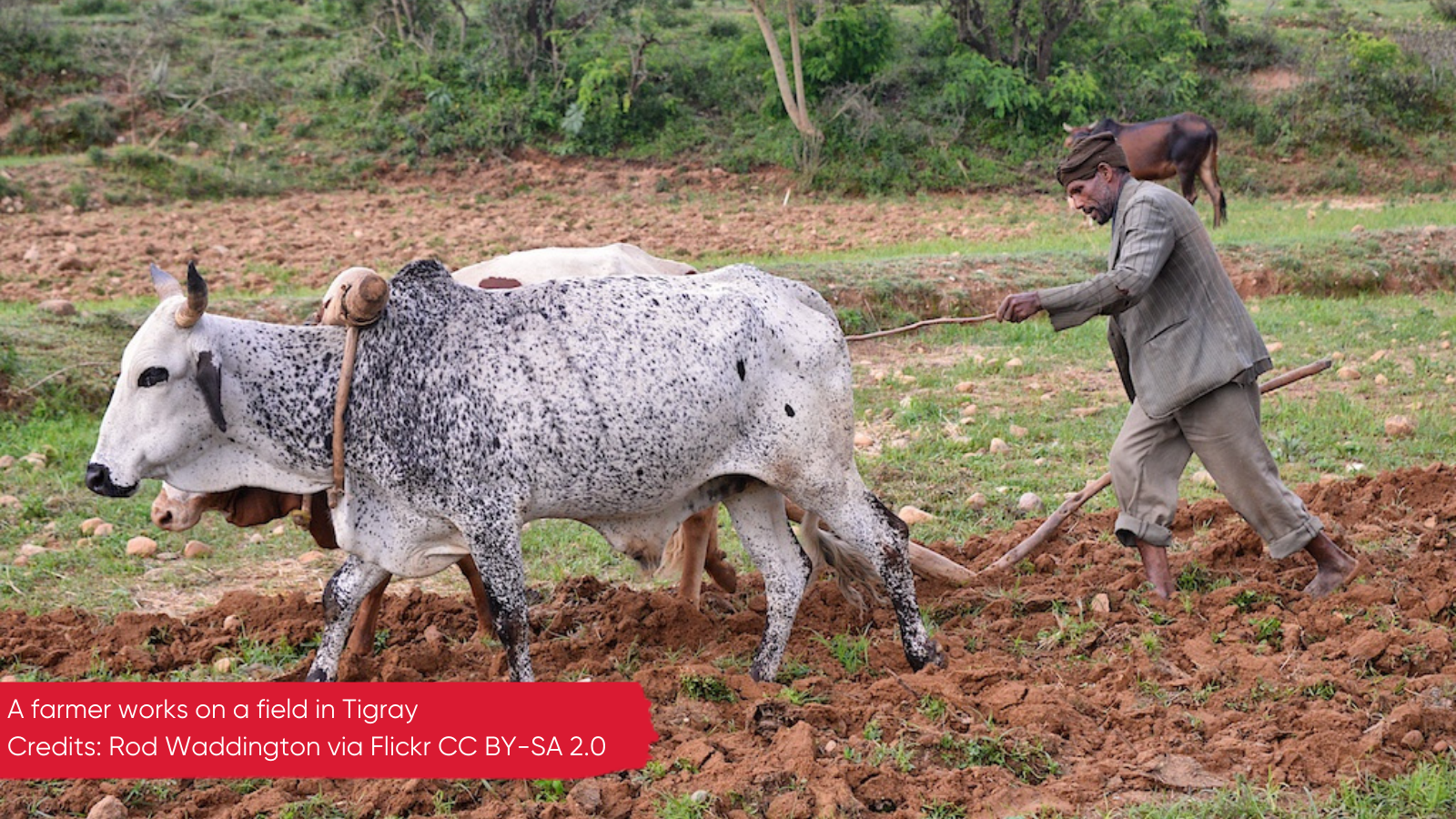 Tigrayan farmers have been heavily affected by multiple factors. The coordinated campaign of destruction and looting of agricultural implements has made it impossible to farm, whilst the prevention of farming by Ethiopian and Eritrean armies and allied ethnic militia when the region was under their occupation brought the sector to a standstill. An ongoing siege in the area now prevents farmers from accessing important farm inputs — including seeds — and replacing their looted and destroyed agricultural implements.

Former United Nations Undersecretary-General for Humanitarian Affairs and Emergency Relief Coordinator Mark Lowcock, commented that “there is famine now”, before he left office in June 2021, and that it was about to get a lot worse. In July 2021, USAID estimated that about 900,000 people were in famine conditions – a number which is sure to have increased over the past 11 months as the situation has deteriorated. According to Lowcock, the only reason it wasn’t declared as famine by the UN was because the Ethiopian authorities were effective in slowing down and undermining the whole declaration system. Clearly, food is being used as a weapon of war by the Ethiopian and Eritrean armies and their allies. In May this year, the World Bank announced that it had allocated $30 billion to deal with the current global food crisis. Through this budget, the World Bank aims to ‘1) support production and producers, 2) facilitate increased trade, 3) support vulnerable households, and 4) invest in sustainable food and nutrition security in order to address the global food crisis.’

While this is encouraging given the current global crisis, it is unclear whether this prioritisation will address the problems faced by producers in the war-torn region of Tigray, who remain under siege after losing their harvest from two consecutive seasons. The war has undone decades of progress in the Tigrayan agricultural, food and environmental sectors. Initiatives like the Productive Safety Net Programme and others that had helped transform a dry landscape into lush production are now non-existent.

Many international institutions including the Consultative Group on International Agricultural Research (CGIAR) have major regional offices  in Addis Ababa and formerly conducted major research efforts in Tigray to support smallholder farmers. However, so far none has publicly voiced any concern for Tigrayan farmers and their dire needs. This wall of silence is notable — and disconcerting. The African Union, based in Addis Ababa, has also largely remained silent.

Until now, the focus of support to the region has been on getting life-saving humanitarian assistance into Tigray, which, in reality, remains only a trickle. However, given the collapse of the food system, there is a desperate need to move beyond providing humanitarian assistance. Support must address the key challenges that farming in Tigray faces. Given the severity of the food crisis and the millions at risk of starvation under the gaze of the international community formerly committed to their welfare and development, this is what we suggest donors such as the World Bank, IMF, USAID and global consortiums should do:

As it is currently the cropping season in Tigray, time is now of the essence. Farmers constitute about three quarters of the region’s population, yet are facing a second cultivation season without access to vital agricultural inputs and implements. It is imperative that as well as Ukraine, global agencies pay more attention to food crises in places like Tigray. Without urgent action, there will be a complete collapse in farming, a worsening of ongoing famine and the lives of millions of people will be at greater risk.

Reflecting on the questions of social assistance in protracted crises

War and famine: history repeating itself in Tigray