What is the place of ‘resilience’ in the New Urban Agenda? The New Urban Agenda adopted by the UN General Assembly on 23 December 2016 is centered on sustainability and equity. The vision of the declaration is one of ‘cities for all, referring to the equal use and enjoyment of cities and human settlements, seeking to promote inclusivity (…) [and] where all persons are able to enjoy equal rights and opportunities’.

This focus on equity is not new. During the 2014 UN-Habitat 7th World Urban Forum, for instance, the main theme of the conference was ‘urban equity in development’ and the core element of the Medellin declaration that derived from the Forum was insisting on the importance of equity.

Beyond equity, however, other key concepts are also gradually invading urbanisation discourses. Resilience is one of them. The concept of resilience, which has emerged as a particularly prominent policy narrative in many different domains (humanitarian, food security, national security, climate change, etc.), is now increasingly used in the urban planning context as well. For example, the recently launched Global Alliance for Urban Crises, an innovative partnership of local government networks, humanitarian and development actors and professional associations, incorporates crisis preparedness and response capacity as a core element of urban resilience.

But what is meant exactly by resilience? And how to achieve this ‘urban resilience’?

In a recent article ‘Resilience as a policy narrative: potentials and limits in the context of urban planning’ published in the journal Climate and Development, a group of international scholars revisited those questions more critically. They were in particular interested to understand the different interpretations and definitions of resilience which underpin these various discourses about resilience in the urban planning context; what the reasons behind the increasing prominence of this concept in relation to urbanisation are, and perhaps more fundamentally what this concept brings to the urbanisation agenda. Their research based on material published between 2003 and 2013 shows a relatively complex ‘landscape’ where diverse views of what urban resilience really means and how it is usually used (as a goal or as a conceptual/analytical framework), co-exist in the literature. Underlying these views are various (and sometimes diverging) interpretations of what the main issues are and what forms of policies or interventions are needed to address these issues.

Benefits of adopting a resilience narrative for urban policy

The analysis identifies at least three reasons why adopting a resilience narrative can have positive effect in the context of urban policy.

The first is the need to foster adaptation and flexibility in the planning process. Since resilience is by nature a concept which puts emphasis on the idea of adaptation and the dynamic nature of processes, we could reasonably assume that adopting a resilience narrative at the planning and implementation stages will contribute or facilitate the adoption of policies which endorse and reflect this adaptation feature.

Secondly, resilience is by nature a concept that emphasizes the importance of system thinking and system properties, including cross-scale dynamics and component interactions. As such it has been instrumental in helping academics influence the way urban planning is now conceptualised and applied in many cities. There is also growing evidence of the importance of system characteristics such as flexibility, redundancy and modularity, or safe failure, as generic principles that are critical in the face of extreme events such as the recent earthquakes in Haiti and Kathmandu.

Third, resilience is also a very useful concept as a way of integrating discourses, playing the role of a ‘policy broker’ that brings practitioners, policymakers, organisations with different agendas, and communities of practice from different sectors together, around the same table, with the same objective.

Whether resilience should be used as a loose metaphor to ‘inspire’ and guide the policy agenda setting as part of an integrated planning process, or as a rigorous analytical framework to solve a technical problem, has not reached consensus yet.

Importantly, the article also highlights that the notion of urban resilience often lacks adequate acknowledgement of the political economy of urbanisation. As a consequence, none of the current discourses on urban resilience seems able to embrace adequately the socially constructed aspects of resilience and the fact that the notion of resilience can be perceived, understood and experienced differently by different actors (rich, poor, men, women, old, young), or that the resilience of certain individuals or groups may be strengthened at the detriment of others. As such urban resilience runs the risk to be seen as simply making marginalised urban communities more resilient to the shocks and inequity created by the current dominant paradigm.

This last point brings us back to our initial question. If equity is now seen as one of the central pillars of sustainable urban development and, as the UN Assembly declaration states: ‘the New Urban Agenda will help to end poverty and hunger in all its forms and dimensions; reduce inequalities; [and] promote sustained, inclusive and sustainable economic growth’, we need to become more critical and ask more bluntly the question of the place of urban resilience in this new agenda and how to make this useful concept more adequately equipped to address the challenges presented to us by accelerating urbanisation.

Chris Béné is is Senior Policy Advisor at the International Center for Tropical Agriculture (CIAT) based in Cali, Colombia. CIAT is a member of the Consultative Group on International Agricultural Research – CGIAR. 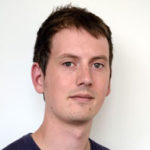