Dr Jeremy Lind is a development geographer of the Horn of Africa, focussing on conflict, violence and livelihoods, particularly in pastoralist areas. He was co-leader of the Resource Politics and Environmental Change cluster at IDS from 2015-2018.

Jeremy has over 20 years of academic research, advisory work and project management experience, working with a range of government and non-governmental actors at the national and sub-national levels in the Horn of Africa as well as scholars and advocates in the region. Currently he is part of the leadership team for the Better Assistance in Crises (BASIC) programme funded by the UK Foreign Commonwealth and Development Office.

His latest research critically examines the local-level dynamics around land and resource-based investments in dryland eastern Africa. He is also PI of the UK Research Councils-funded Seeing Conflict at the Margins project using interdisciplinary methods to examine conflicts around geothermal and wind power developments in Kenya. He is lead editor of Land, Investment and Politics: Reconfiguring Eastern Africa’s Pastoral Drylands (James Currey, 2020).

Previously he convened the Addressing and Mitigating Violence programme as part of the IDS DFID Accountable Grant, leading to the publication of a collection of cases on vernacular security at the insurgent margins.

At IDS, Jeremy convenes and lectures across a range of MA modules including Debating Poverty and Vulnerability, Poverty Violence and Conflict, Climate Change and Development, and Food and Development. He supervises several PhD students, including six as part of the Pastoralism, Uncertainty and Resilience (PASTRES) research programme funded by the European Research Council.

Prior to joining IDS in 2009, Jeremy was Lecturer of Human Geography at the University of Sussex, where he taught a range of undergraduate and graduate courses on environment, development and conflict. Previously he was Research Officer at the London School of Economics, where he researched changing approaches to aid and civil society in the post-9/11 context. The research was published in a co-authored book on Counter-Terrorism, Aid and Civil Society: Before and After the War on Terror (Palgrave, 2009), as well as a co-edited volume on Civil Society Under Strain: The War on Terror Regime, Civil Society and Aid Post-9/11 (Kumarian Press, 2009).

Better Assistance in Crises (BASIC) Research aims to inform policy and programming on how to help poor and vulnerable people cope better with crises and meet their basic needs through more effective social assistance in contexts of recurrent shocks, climate crises, humanitarian crises,...

Generating practical policy options for states and citizens so they can better address and mitigate violence in both rural and urban settings.

This project supports and facilitates high-quality research, exchange of ideas, relationship-building and networking among the scholarly and practitioner community working in countering violent extremism (CVE) in Kenya. The CVE Research Hub will serve as a centre of excellence in research on...

The project will produce a robust evidence base on the opportunities and limitations of social media data on violence reporting to inform UK emergency and crisis response, in the context of violence monitoring in Kenya.

Conflict and an ensuing humanitarian crisis in Ethiopia’s northern Tigray region have led to substantial population displacement and threaten the lives and livelihoods of millions. In a situation where rising needs outstripped preliminary humanitarian responses and where safety net programmes...

Conflict is the new ‘hazard’ on the social protection block

There has never been a more important moment to understand how to work with and help the most vulnerable people cope better with global shocks and crises. The global pandemic has shown how fragile our systems, communities and countries are – even in richer countries. The current status quo of...

When global capital met pastoralism: learning from a decade of large-scale investment in dryland Africa 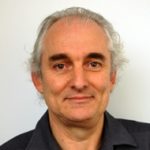 Over the past two decades, the rangelands of Eastern Africa have experienced sweeping changes associated with growing human populations, shifting land use, expanding livestock marketing and trade, and greater investment by domestic and global capital. These trends have coincided with several...

Social Protection and Building Back Better

The Covid-19 pandemic has meant sweeping changes for economies and societies, with the most devastating consequences for individuals and groups with pre-existing vulnerabilities. These impacts are likely to be compounded in contexts with greater fragility. As attention shifts from addressing...

This archive IDS Bulletin reflects on 50 years of research on pastoralism at IDS. Much has changed, but there are also important continuities. The ‘end of pastoralism’ was proclaimed widely in the 1970s, yet, as a successful, resilient livelihood adapted to some of the harshest...

Following the global commodities boom, investment has poured into large-scale extractive, green energy and other resource development projects around the world. Many of these are in the rural margins – places geographically but also politically distant from the centres of economic power. In...

This photographic exhibition tells the story of changing lives and livelihoods in Lokichar, a small town in Turkana County, and surrounding villages that are at the centre of northern Kenya’s oil frontier. This exhibition will be opened by the Labour MP for Kemptown and member of the...

Social protection during conflict: reflections on Tigray
See all