Global progress on gender equality is under threat. We are living in an age where major political and social shifts are resulting in new forces that are visibly pushing back to reverse the many gains made for women’s rights and to shrink civic space.

This patriarchal backlash is escalating globally. It aims to ‘other’, demonise and disempower those who seek to advance gender justice, and to re-valorise patriarchal traditional gender roles and stereotypes, founded on male supremacy and the subordination of women. It deploys a polarising politics of mobilising populist narratives which comingle misogyny, xenophobia and homophobia – and with scant regard for evidence or ‘truth’. It is also co-opting existing policy processes for gender in development, undoing and reversing much progress made in the past.

Building on IDS’ 40 year history on the frontline of progress in ‘gender and development’ this timely five-year programme of work will create much needed new knowledge of these complex phenomena, and identify opportunities for women’s rights organisations and other gender justice defenders to counter the backlash and address the erosion of gender objectives within development. The programme is funded by the Swedish International Development Cooperation Agency (Sida).

We will carry out engaged research, generate new thinking, and build capacity across networks and strategic partnerships with women’s and other human rights organisations, activists, academics and policy makers, regionally and globally.

Focused on our central objective ‘to enhance the understanding, capacities and opportunities needed for women’s rights organisations and other gender justice defenders to counter the backlash and address the erosion of gender objectives within development’, we will deliver two key sets of results:

IDS and partners will co-create and communicate evidence and methods on backlash, the erosion of gender policies and new opportunities for feminist action. We will also – by enhancing capacities – indirectly contribute to other strategic gender equality objectives under Global Goals 5 (Gender equality) and 16 (Peace, justice and strong institutions).

The challenges of backlash, the erosion of gender policies and finding new opportunities for feminist impact will be addressed through three inter-twining strands of work: ‘Voice’, ‘Patriarchy’ and ‘Policy and Practice’. These will be led by IDS Fellows Sohela Nazneen, Jerker Edström and Rosemary McGee with Tessa Lewin, respectively. Each will engage research partners and activists, feminist networks, social movements and policy makers in East Africa, South Asia, Brazil and the Middle East. We will collaborate with actors in research, capacity building; convening debates and communicating knowledge and strategies for reclaiming gender justice nationally and internationally. We work collectively to enable adaptive planning, conceptual development and analysis for influence at all levels.

The programme is currently in its inception phase and more detail will be published soon. 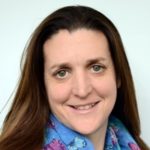