Modern Slavery Prevention and Responses in Myanmar: An Evidence Map

This Emerging Evidence Report describes the availability of evidence on modern slavery interventions in Myanmar presented in the programme’s interactive Evidence Map.

This report on Myanmar uses the same methodology and complements the evidence map on interventions to tackle trafficking, child and forced labour in South Asia for Nepal, India, Pakistan, and Bangladesh. The Evidence Map provides an outline of where evidence is concentrated and where it is missing by mapping out existing and ongoing impact evaluations and observational studies exploring different types of modern slavery interventions and outcomes for specific target populations (survivors, employers, landlords, service providers, criminal justice officials) and at different levels (individual, community, state). It also identifies key ‘gaps’ in evidence.

Both the Evidence Map and this report foremost target the UK Foreign, Commonwealth & Development Office (FCDO) and its partners in the CLARISSA research programme to support evidence-informed policymaking on innovations to reduce the worst forms of child labour. We hope that it is also useful to academics and practitioners working to address modern slavery, or in the intervention areas and locations described. 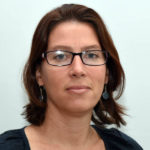