In a remote village on the Uganda-DRC border, the collective memory of the last Ebola outbreak is very clear, but talk from neighbours and the radio is now about a new ‘corona’ disease.  A local researcher for the pandemic preparedness project, Moses Baluku, has been discovering how these villagers are experiencing Covid-19 among the rumours and restrictions imposed upon them, on top of poverty, gender inequalities and other daily struggles.

Government health workers and village health teams are not taking hold of the narrative on this disease and people are forced to work out for themselves the facts from the rumours and decide the best course of action, to ignore government directives or follow them and risk greater difficulties, such as starvation.

Heavy-handed ‘preparedness from above’

Despite no official communication or local experience of Covid-19 (although determining cases is difficult since on 6th April 2020 Uganda’s Virus Research Institute confirmed that only urban samples are being tested for Covid-19), this village is already experiencing extreme social unrest because of it. This is bemusing for local residents as it’s so out of context to their experience; “this corona is making our people be beaten by the Army men”. They are suffering from heavy-handed ‘preparedness from above’ and forced to prepare for this disease in a way that impacts greatly on their ability to take care of themselves and their families.

For example, on market day the district military and police authorities chased market attendees away to avoid congestion. Those who were defiant were beaten in order to disperse the overcrowding populations in the market.  As a result, people returned to the village having lost their merchandise and property.

Another key issue is that for many villagers their lives cross the Uganda/DRC border daily as they work farmland on the DRC side. Due to Covid-19 the border has now been closed and people cannot officially get to their farms to earn their livelihood. This is being strictly enforced and our local fieldwork has discovered women being beaten with canes, men being fined (and wondering if these are official fines or to line the pockets of the military) and facing extreme threat to their livelihoods due to this action.

The people of the village, particularly women, are frightened by the violence aimed at them. Our fieldwork interviews described women running home crying after being beaten with a cane by officials; forced to make desperate and dangerous decisions to ensure the survival of their families and livelihoods. These decisions are based on media reports and whispers of information in a community still recovering from and facing the threat of Ebola and other diseases. These villages are constantly having to respond to repeated externally imposed disease problems.

Disease upon disease – Covid-19, Hepatitis B and Ebola

A resident from a village in the second phase of Hepatitis B vaccinations lamented ‘….we are overwhelmed with many diseases in this village. Before we finish this disease, another disease comes. We have not yet finished protecting our selves from Hepatitis B disease. I have heard that any time Corona will be coming in this village. This is becoming too much for us to understand…”

Coronavirus arrives at a time when the current Hepatitis B vaccination process is not yet completed.  Additionally, health screening points have been closed, so officials are preparing for Coronavirus but are now ignoring the potential for Ebola to resurface.

These daily struggles are often mitigated by social rituals, such as attending church, which have also been affected. Locals say “…we would be able to talk about corona disease if the people with authority in this village did not stop us to go to church. People with authority have hidden our God from us. We would be going to church as we ask help from God about this disease that we are hearing. But now God is hidden from us. You can see how it is a problem…”. All the churches – usually used to solve village problems, as well as to worship – are padlocked shut following a head of state directive. This is the first time this has ever happened, and they even stayed open during Ebola outbreaks. People use churches to talk about diseases and ask for help.

Another deeply difficult impact is the reduced mourner numbers at funerals and a rushed change to local rituals, which has been a difficult experience for villagers.  A few have started social distancing, but its purpose is not clear to them. Even in urban settings the emphasis on handwashing as a preventive measure led to a rumour that the new disease attacks and spreads through hands. And if washing with a sanitizer made of alcohol is the remedy, then drinking a locally brewed potent gin called waragi will be a cure. Combined with drinking to help deal with stress, there is an increased rate of alcohol consumption, particularly in men.

One interviewee described “…hearing that Corona is a man-made disease. Its origin is that there are two countries outside Uganda. These countries are enemies to each other. One of those countries made the disease. The purpose was to destroy the people of its enemy country. But as it was thrown in that country, the disease bounced back to those who had made it. From that time, the disease started to spread and it may finally come into this village…”. This is a classic description of how sorcery operates, and the villagers have expanded its interpretation to the world’s superpowers.

Others believe that the disease is a curse from the supreme deity and that humans are being punishment from God for crimes on earth. Rumours also circulate that it does not exist at all and is a ‘radio disease’ problem.  Others believe it has its origins in the dwelling of the Pope who then instructed churches to close. They also associate the disease with e sadoko, a local concept that refers to a common village disease that causes death in hens.

Great uncertainty for the remote region

The multiple interpretations show the great uncertainty amongst those in this remote region, uncertainty of its origins and uncertainty over the government directives and response. People feel power has been taken away from them with no ability to make decisions or respond as they feel appropriate.

The standard WHO model of response, and the way it has been enacted in western countries through lockdowns, can be experienced very, very differently in a remote Ugandan village – and indeed can legitimise violence and injustice. Responses from below, supported by community-led communication, which make sense to people and are more ethical and humane, could change the experience of this, and future, disease burdens into something more manageable for these villagers.

Grace Akello, Daniel Osinde and Moses Baluku are research partners for the Pandemic Preparedness Project, based in Uganda.

This blog is written as part of the Pandemic Preparedness Project.  A key aim of the project is to examine ‘preparedness from below’ – the understandings and practices of communities through which they anticipate and manage threats on a daily basis. This research will highlight the importance of local perspectives to disease response which have not been fully recognised and supported in global discourses so far. As part of this work we are conducting ethnographic fieldwork and this blog is part of a series of notes from the field, so you can keep updated with our work. 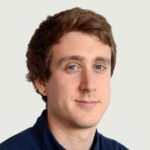