On Valentine's Day two teams of students from IDS and University of Sussex were awarded for their inspiring ideas on how to tackle sexual violence.

Ripping aside the Global Gag and speaking out on reproductive justice New insights on global sex education in our digital era

New research on sex education in the digital era highlights the urgent need for greater digital literacy skills for both sex educators and young people.

Sex Education in the Digital Era

Exploring sex and sexual relationships is an important part of adolescence, and therefore sex education should have a central role in adolescent emotional development as well as dealing with crucial public-health issues. 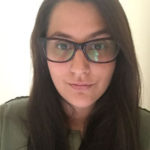 Over the past 15 years, internet pornography has become the predominant channel through which young people learn about sex, not just in the developed world, but increasingly in developing countries too. In many developing countries, traditional gatekeepers of sex education, such as governments, religious leaders and parents, still attempt to keep sexuality out of the public sphere.

Responding to the UK parliamentary report on global LGBT rights