Should I trade or should I go (to war)? Lessons from the Second Intifada

Do trade shocks affect conflict? The evidence on this question has so far focused mainly on commodity price shocks. This seminar moves beyond this focus and uses data from the entire export and import baskets to examine whether changes in Palestinian trade in the second half of the 1990s affected the intensity of the subsequent Palestinian uprising (‘second Intifada’).

The findings suggest that an increase of USD 10 million in Palestinian exports of a sector employing 10 per cent of the locality’s private employment reduces conflict intensity in that locality by between 12 and 15 per cent. The results are robust to instrumenting these trade shocks with factors exogenous to Palestinian localities. The effects are the opposite sign and similar magnitude for imports once the import competition channel is isolated. The seminar provides evidence that these results are more consistent with the opportunity cost mechanism than by the resentment of Palestinians towards Israel due to the loss of the Israeli market.

His research focuses on the labour economics, economic causes and consequences of conflict, including on the economic costs of political instability and the relationship between economic shocks and conflict (focusing on the Israeli-Palestinian conflict), discrimination against ethnic minorities, and applied econometrics.

The results of his research will serve to evaluate international policies designed for a peaceful resolution of the conflict. His works have appeared in mainstream journals of economics such as the Journal of Public Economics, Journal of Population Economic and Journal of Conflict Resolution. 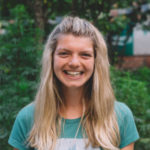