Our work seeks to ensure citizens are represented and governed fairly in a world of changing state authorities.  Through international partnerships and networks, we will seek to influence donors, research organisations, governments and civil society to promote social justice and good governance through the equitable co-production of inclusive and interdisciplinary evidence. Our activities centre on four core themes:

Understanding how taxation affects the quality of governance has implications for social justice, inequality, sustainability and security at both global, national and sub-national levels. The International Centre for Tax and Development is globally the leading organisation in its field.

Our research focuses on how state-society interactions influence state structures, as well as the shaping and implementation of public policy. Concepts that our work engages with and pushes further include: political settlements, political commitment, capacity of state and non-state actors in policy formulation and implementation, and the role of states in enabling collective action and accountability.

Increasingly, state actors are only one part of a diversity of actors exercising public authority, particularly in locations where state institutions are weak and where there is insufficient control over territory. Our research will discover how non-state actors, competitors to the state for governance, actually gain legitimacy and are able to exercise and retain authority.

Despite waves of decentralization in many parts of the world we do not yet understand the conditions under which local and decentralized governance can deliver on its promises of effective and locally accountable public authority. While the theme is an old one, we will expand our work in this area particularly in relation to conflict and insecurity as well as local politics. 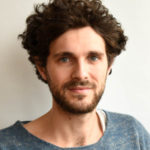 As part of the our Trust and Governance programme, IDS has partnered up with a team of international researchers from the ISDC, UNU-WIDER, IGZ and University of Konstanz on an exciting and very timely research initiative to collect real time data on the coronavirus and its social and economic...

Women in South Asia have struggled for many decades to improve their lives within their families, in their communities, for securing their livelihoods and in getting their voices heard as citizens by the state, with women's movements being critical in advancing their rights. However,...

In Africa, remote borderland regions are commonly the site of protracted humanitarian crises. These places are formidable “islands of innovation”, where local initiative and skills are combined to generate innovative adaptive responses through multiple shocks. How do these individual and...

The International Centre for Tax and Development (ICTD) is a global policy research network, devoted to improving the quality of tax policy and administration in developing countries, with a special focus on sub-Saharan Africa. It is led by Professor Mick Moore and funded by the UK Department for International Development and the Bill and Melinda Gates Foundation.

How can women's economic empowerment (WEE) policy and programming both generate paid work that empowers women and provide more support for their unpaid care work responsibilities?

Marginalisation from Education in Conflict-Affected Contexts: Learning from Tanganyika and Ituri in the DR Congo The VAT in Practice: Equity, Enforcement and Complexity

The value added tax (VAT) is supposed to be a tax on consumption that achieves greater economic efficiency than alternative indirect taxes. It is also meant to facilitate enforcement through the ‘self-enforcing mechanism’ – based on opposed incentives for buyers and sellers, and because... Understanding gendered experiences and impacts of Covid-19 in Pakistan

The lived experiences of the Covid-19 pandemic are starkly divided along gender lines, and the pandemic has already exacerbated gender inequalities within the home and in the labour market across countries. Building on our previous work to understand gender gaps in democratic accountability in...