In the 1990s economic liberalisation replaced state support for agriculture across much of Southern Africa.

As well as reducing costs, it was assumed that liberalisation would ensure food availability and access to food through positive effects on production and trade incentives and on incomes. However, subsequent experience has not matched this vision: in December 2002, 16 million people in the region (30 per cent of the population) were declared in danger of running out of food.

But 2001–3 was not a one-off crisis caused solely by two poor seasons. 1 Human impacts were broader and deeper because of underlying chronic food insecurity: available estimates suggest that around half of the 16 million people at risk in 2002 are food insecure every year. 2 Over the last decade, Southern Africa has made little progress towards the Millennium Development Goal for reduction in hunger (Table 1). Why is this so?

Food production across much of Southern Africa, far from responding to liberalisation, has declined over the last decade. With population growth at 2–3 per cent per year, this represents a significant decline in per capita domestic food availability. With strong linkages between growth in farming and related sectors in rural areas, the decline in production has constrained rural growth and incomes, limiting people’s means to buy food. In this context of declining domestic food availability and declining real incomes, market shortages quickly translate into increased prices unaffordable for many people.

This article comes from the IDS Bulletin 36.2 (2005) Neo‐patrimonialism and Policy Processes: Lessons from the Southern African Food Crisis

Herding through uncertainties – principles and practices 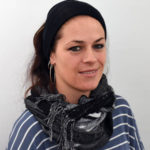