Dr Stephen Thompson is a social scientist who has worked in international development for over a decade. He is currently a Post-Doctoral Research Fellow in the Participation research cluster. His research mainly focuses on disability and inclusion. He works on the Disability Inclusive Development and Inclusion Works programmes. Stephen also works on the Knowledge and Evidence for Development programme, assisting the UK Department for International Development with evidence use and policy creation.

He also has research interests in education, nutrition and health. He is an Associate Fellow of the Higher Education Academy. He has worked for both research institutes and non-government organisations in both Europe and Africa. He has researched and published studies on blindness and visual impairment. He completed his doctorate at the National Optometry Centre, Dublin Institute of Technology, as an African Vision Research Institute Post Graduate Student. His thesis was on the social and economic impact of visual impairment in Mozambique. Stephen was formally the Project Manager for the Mozambique Eyecare Project, where he spent a number of years developing the optometry programme at Universidade Lurio, Mozambique.

The Inclusion Works programme is testing innovative ways to improve economic empowerment and inclusion for people with disabilities, enabling them to find employment and earn a living. Launched in June 2019, Inclusion Works runs in Bangladesh, Nigeria, Kenya and Uganda. Funded by UK aid, the...

The potential and promise of participatory approaches: a case for developing child-centred inclusive education

First runner up Dust in his eyes. Dirt under his nails. Debris in his hair. As the smoke rose and the ash settled, Amjad made the decision then and there that he had to get out. He had been sitting on the remains of a low wall, two blocks from where the maternity hospital was hit. Shrapnel had...

The Political Economy of Food

This issue of the Institute of Development Studies (IDS) Bulletin on the political economy of food puts power squarely in the spotlight in the efforts to address the challenges of our prevailing food systems. It explores the main debates and discussions that emerged from a workshop on the... 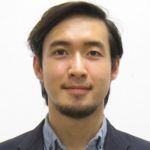 Education is integral to the inclusive, peaceful and sustained development of a society. If education is equitable and of good quality, it can ensure the participation of marginalised groups in the development process more broadly, thereby reducing social inequalities. Without attention paid to...

This rapid review is based on 5 days of desk-based research. It is designed to provide a brief overview of the key issues, and a summary of pertinent evidence found within the time permitted.

The Health and Nutrition Cluster pursues programmes of research and policy engagement on health systems, nutrition and understandings of zoonotic diseases. The focus is on bringing a critical social science perspective to how people, especially the poor, address their health and...